The article was written by Dr. Michael Muscat

Over the past twenty odd years, Malta has become an international hub for foreign direct investment (FDI). A solid services sector combined with seasoned professionals across a multitude of industries have helped the FDI business model flourish, placing Malta on the map within the European Single Market as a business base of choice for many.

Increased capital inflows, however, bring about an increased amount of attention from foreign jurisdictions and regulators alike. Malta, along with Cyprus, Luxembourg, Ireland and the Netherlands has recently been criticised for adopting what has been viewed by the larger European Member states as aggressive ‘tax-friendly’ legislation reminiscent of the offshore centres located in more remote parts of the world. Why is this the case and is this criticism founded? 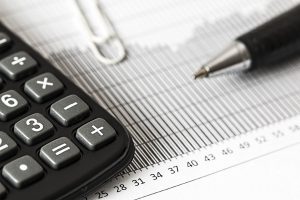 From a Maltese perspective, it can be stated that Malta’s corporate tax refund system, the crown jewel of Malta’s corporate taxation model, focuses on one primary aim, the attraction of FDI. Malta’s corporate tax rate is 35%, however, non-resident shareholders are entitled to refunds of up to 30% proportional to their shareholding in Maltese companies, reducing their effective rate of corporate taxation to as low as 5%. However, this, taken in isolation, should not cause the Member States to cry foul within institutional fora. Malta’s robust remote gaming industry is a prime example of why this should not be the case. Luxembourg’s avante-garde financial services sector is another. In these cases, sound regulation, together with efficient corporate taxation, brought about brick and mortar investments which now cater for hundreds, if not thousands, of jobs and have increased the quality of life within jurisdictions which would otherwise have had no exposure to such international markets.

The European Union’s ‘Code of Conduct Group for Business Taxation’ assesses a country’s corporate taxation mechanisms with regards to five factors including the following:

Malta is an OECD member which exchanges information in line with CRS-AEOI legislation. As an EU Member State, it also takes a rigorous regulatory approach towards Money Laundering and the Financing of Terrorism.  Maltese Financial Institutions have adopted a risk averse on-boarding policy and AML-CFT legislation is strictly applied on all fronts. The recently implemented register of Ultimate Beneficial Owners also plays a part in proving Malta to be a transparent and co-operative jurisdiction.

What seems to be the major issue in this regard is the question of local substance and the distance between a company’s operations and its seat for taxation purposes.  Whilst letterbox companies are frowned upon by all Member States, including Malta, as they add minimal value to a Member State’s economy, the concept of a single market should run in tandem with one’s right to establish one’s corporate affairs in a Member State of choice whilst smoothly operating across borders. In today’s international business world, how would one determine actual substance in a particular location, especially with regards to cross-border sectors such as remote gaming, financial services and e-commerce in general? What about smaller type companies which are run and managed by their UBOs? Some of these entities (such as advertising entities and affiliate marketing companies) could generate millions in revenue but are simply made up of five to ten members who may not even be employed by the entity in question.  Should the physical location of their operations strictly tie them to their place of corporate taxation despite the existence of a single-market within the European Union?

Clear cut, hard and fast rules are yet to be determined (though much guidance can be sought from EU and OECD guidelines) and the answers to the above will still depend largely on political pull and push factors, yet the author finds it safe to state that within the single-market, across the board measures may cause more detriment than good, as small Member States which derive a large part of their income from FDI should not be placed in the same basket as larger Member States with more diversified economies.

Will the abovementioned criticism change Malta’s status as a base for international business? At this point in time the state of play remains unaltered and drastic European proposals emerging predominantly from larger member states, such as ‘Tax Harmonisation’, still remain the subjects of committee debate. It is the author’s opinion that competition on international corporate tax matters should also be a determining factor in this regard. Harmonisation and other federalist measures, which collaterally impinge on a Member State’s sovereignty and policy determining functions, would make the European Union unattractive as a business base as a whole. Its implementation is also unrealistic from a political perspective. Whilst the whistle has been blown on smaller member states and their methods to attract FDI, especially following the European Parliament’s Tax3 Committee Report, very little has been done to propose tangible solutions to what is perceived as a problem by certain Member States. Efficient corporate tax-rates should be allowed to exist within a more regulated environment thus facilitating capital flows within a robust single market.  Whilst championing the free movement of goods, persons, and services, it is high time that more is done to facilitate the free movement of capital within the EU.

For any further information please contact Dr. Michael Muscat, Senior Associate by email at info@kyprianou.com.mt or by phone at +356.2016.1010